King of the Cups – Which is the most searched for domestic cup competition? 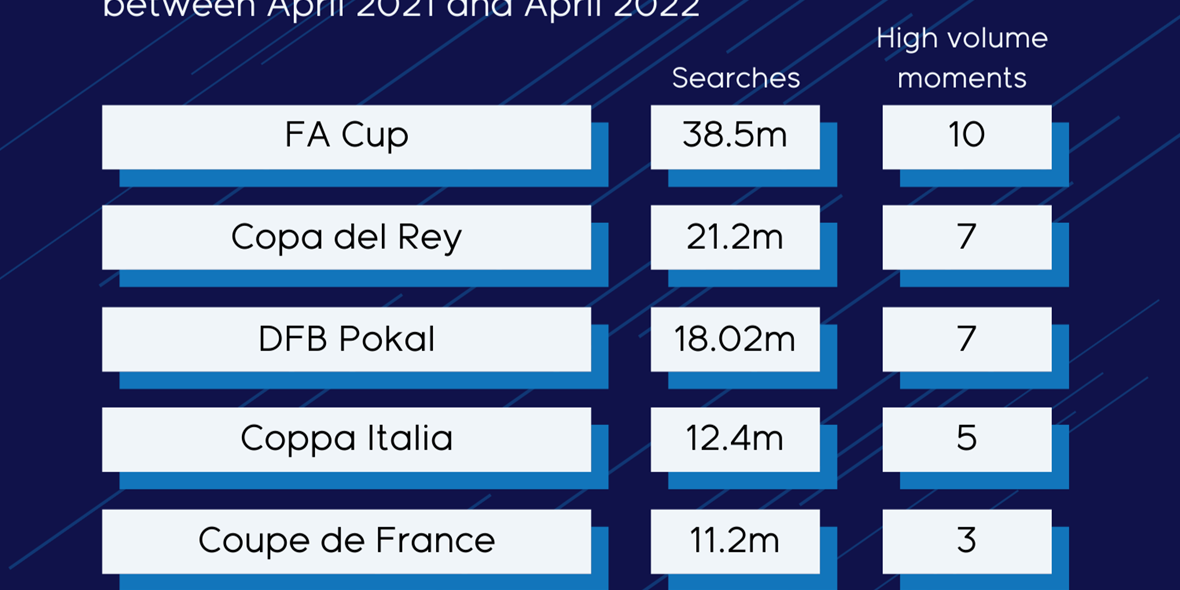 When the major prizes are handed out at the end of the European soccer season, fans’ eyes tend to turn to three core competitions: domestic leagues, the Champions League and the Europa League.

But what about domestic Cups? Does the FA Cup retain its old magic? Are fans still interested in upsets? And can other major Cup competitions across Europe compete with the English tournament’s prestige?